December is the twelfth and final month of the year but in the sporting world there seems no final in the range of sporting activities taking place within the thirty-one days of December 2019 .

From the first day of the month , which begins with the Abu Dhabi Grand Prix to the last major Sporting events , which is the Finn Gold Cup , there are various sports in line for sports lovers across the globe .

Below are four major sporting events within the month of December that will attract Sports across the globe .

This bout is one of the most trending sporting event this year . It is the rematch between Anthony Joshua and the current champion Mexican Andy Ruiz , the battle is for the unified WBA (Super) , IBF , WBO and IBO heavyweight titles .

In June 1 at the Madison Square Garden in New York , Any Ruiz defeated the then World Champion Andy Joshua in one of the biggest upsets in the history of boxing .

With rematch clause triggered, millions of boxing fans will have the opportunity to watch the bout at the UNESCO World Heritage Site of Al-Turaif , Riyadh , Saudi Arabia and it will be televised in eleven countries , which includes Saudi Arabia as host , United Kingdom , Ireland and United States .

Though Ruiz vows to make history again , the British promise a spectacular match in the first ever World Heavyweight title to take place in the middle-east .

The 2019 FIFA Club World Cup will take place in Doha , a city in Qatar and it will be the 16th Edition of the tournament which is between winners of six continental confederations .

Monterrey will be making his fourth appearance at the competition while Liverpool , Flamengo and Hienghene Sport , winner of the 2019 OFC Champions League will be making their debut appearance . The final will be on the 21st December .

Golf enthusiastic will have the luxury of watching the 13th Edition of the President Cup golf competition taking place at the Royal Melbourne Golf in Melbourne , Victoria . USA is the defending champion having won the 2017 Edition 19-11 .

South Africa’s Ernie Els will be the captain of the International side while Tiger Woods will captain the Americans . 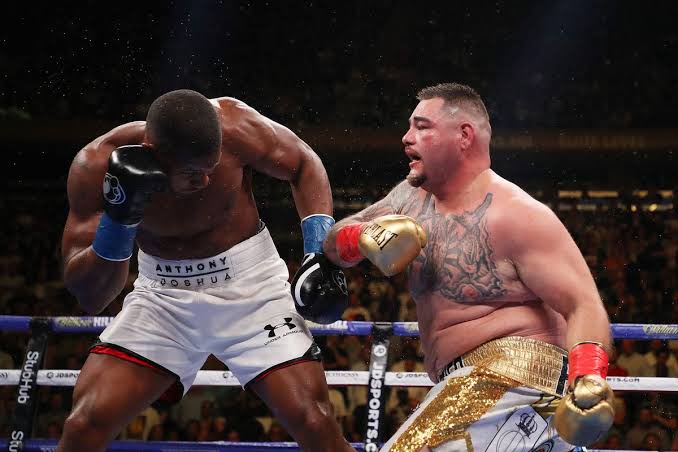 The Grand final of the ITTF World Tour will be the final of the 2019 ITTF World tour and the 24TH Edition , the three days events will take place in Zhengzhou , China . Japan’s Tomokazu Harimoto is the Men’s singles defending champion while in the female category , China’s Cheng Meng reign supreme .

A Sport writer , reporter and a broadcaster with huge knowledge of Sporting Events in Africa and beyond .

2019 CDF Boxing: How Shukura Kareem started boxing at the age of 5